(If you've arrived to this page without reading the article I wrote about piston slap HERE, then make sure to go back and read article #3 first, as it puts this next article into context.)

~As you know from the article i wrote about severe cylinder damage, the issue is not isolated, and is not caused by user error. UL Power has opted to use cheap bottom shelf pistons in their engines, where only a true aviation worthy forged piston should be utilized. To make matters worse, I took 14 new UL Power cylinders and found them all to be bored and honed anywhere between 4.155-4.158. This kind of sloppy boring along with cheap cast pistons is the perfect recipe for disaster. This article however, is meant to show how viable it is to spend a couple weekends solving this issue for good and for less than $1000. After consulting with several reputable engine shops nationwide who have decades of experience with air cooled engines, I decided to take the advise of the wise and deal with an issue that UL refuses to admit exists, and boy am i glad i did! So let's begin...

Step #1 was to remove the cast pistons in the engine along with their paired cylinders. This is a pretty easy job that can be done in a day. I then measured each piston to cylinder wall clearance to find them all to be far beyond the manufacturers recommended clearances up to .003" greater than the maximum allowed clearances. Doesn't sound like much, but every .001" matters. I then ordered a complete set of Pro Street forged pistons from Wiseco that came complete with rings and wrist pins all for under $500 and don't require the cylinders to be bored out. Any shop in town was willing to freshly hone all 6 of my cylinders for a total of only $125. Knowing that all the cylinder bores were different, the shop I hired went ahead and honed them all until each cylinder measured 4.157 post plateau honing. This would give the Wiseco pistons a .0055 clearance, which was a good conservative clearance for the temp ranges called out in the UL manual. After getting the cylinders back, I then gapped the top rings to .017, and bottom rings to .019. Now, UL Power uses even tighter gaps that this, but again, I wanted to be on the safe side and these gaps worked out really well in leak down tests. In fact, after only 3hrs of break-in, all of my cylinders showed compression to be around 77/80 or higher. Perfect. After full break-in, they will only get better. Now, here's where my trailblazing experiment got interesting. During the first run up, the engine ran smoother than ever before. Each of the pistons were matched to the gram, and each ring gapped for each cylinder, so I knew I would be balancing the power output well. What I didn't expect was an increase in performance. In fact, the heavier forged pistons should have "theoretically" reduced power, but that didn't happen. I gained 2kts and 20rpm at WOT after only 3hrs of break-in and if the increase continues, I'm going to need a new prop as I am now holding steady at redline flat-out@sea level. All the marketing hype about the KB Hypers allowing for cooler cylinder head temps proved to be "hype" as well. Attached is a screen shot of today's flight at WOT to keep forcing those rings to seat. This was at a DA of about 2400ft, and as you can see my CHT's are still too cool, even for a cooler day like today. The ideal CHT being 290-300F in cruise. At this DA, the engine can only make about 92% of it's rated power, or 184hp. Doing 200kts on that kind of power is fantastic.


Personally, if I were to order another UL Power engine, I would remove the cylinders the day it arrived and do this all over again. Would I do anything differently? Yes. I would hone the cylinders to 4.156 rather than 4.157 only because when the engine is cold, it takes a minute for the pistons to expand before they stop slapping, and the extra .001 would do the trick. Am I happy? 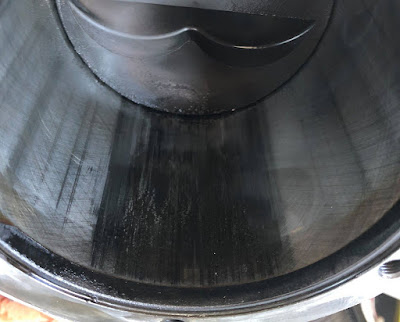 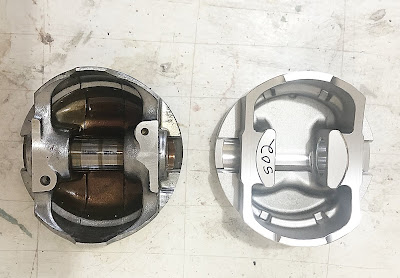 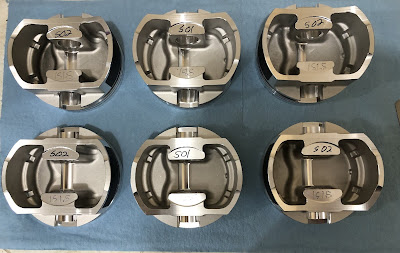 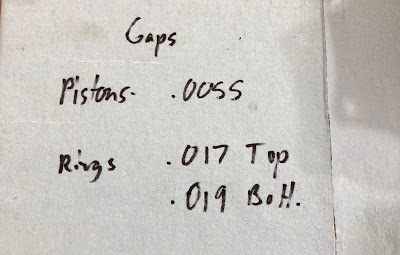 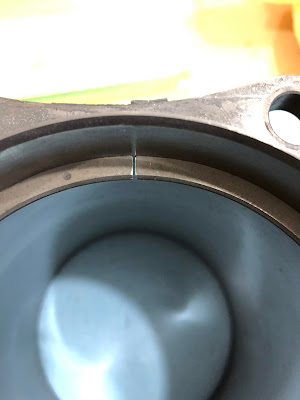 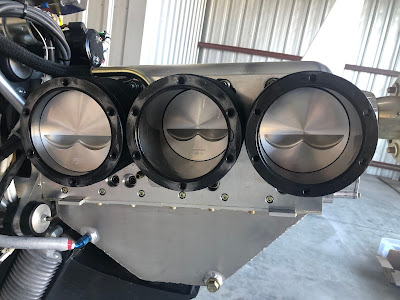 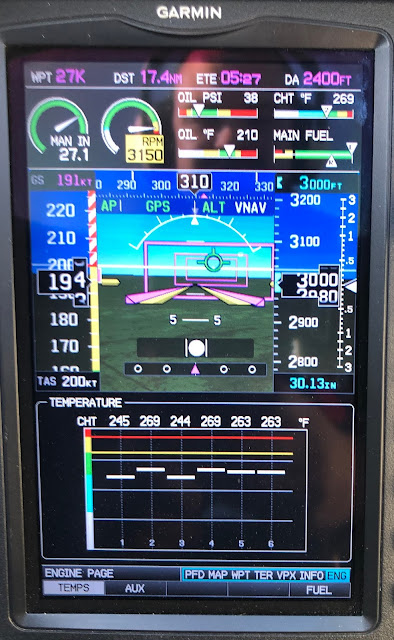 --The best part of this update is how simply "boring" it is. Pun intended. The new pistons have now seen 50hrs of break in time and several different oil types to really find that sweet spot. Compression is GREAT, oil usage is almost zero, blow by is a thing of the past, and the cylinder walls look properly broken in with minimal vertical scoring. Engine power is not only strong, but more importantly consistent throughout the entire rpm range. There are no longer any "Rough" spots when changing power settings. From climb out to cruise the engine just hums along. So there you have it. The forged pistons are leagues ahead of the cast UL crap, and provide for a happier and healthier running engine. This upgrade should be a factory change IMO, but until then, it is an upgrade that ANY UL Power engine owner can do. Now let's talk OIL.

During break-in, myself and several other UL owners have been having really great results using the Lucas High Zinc Break-in oil as described in another post HERE. This oil provides exactly what these engines need for a proper break-in despite what the factory claims. After 25hrs or so, a switch to another oil can be made, however I have found that there are 2 oils that have given these engines the best performance under all conditions.

1: For times when ONLY Mogas or  unleaded fuel is used, I found that Mobile 1 full synthetic 15w50 allows for smooth and quiet operation with the protection of a full synthetic oil. This oil contains about 1300ppm in ZINC to protect our flat tappets, while still being extremely affordable and found off the shelf at Walmart and Amazon!

2. For times when ANY 100LL is being used in ANY mixture or ratio with other fuel or even exclusively, Aeroshell 15W50 must be used. I've discussed the Amsoil Dominator racing oil in previous posts, but at $13 per quart it's hard to justify when Aeroshell 15w50 is not only approved by UL Power but also gives stellar results for less dough. Just make sure you don't use this oil during the break-in period because it will NOT allow the rings to seat properly.

So there you have it. Forged pistons are a hands down winner.